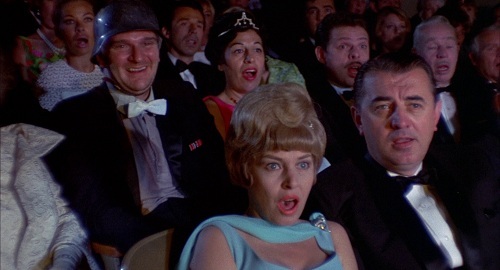 Alright my dear darlings, finally I got drunk enough (again) to be able to say something (again) about something.

I am going to say three things:
Sony
The Interview
The Producers
Sonny tanks, reads The Producers, makes the film The Interview. Everybody screams in fear (ha) and flops to the “theaters” to see the above mentioned film. Bravo PR people. You need to get a raise. The world’s best publicity campaign. End of the story (smiley face).

Oh yeah, you can discuss it here.

but… I woke up on this sunny New Year’s morning and realized that I have this chocking need to elaborate on whatever f*ck I have said in this entry last year. It is quite uncomfortable to write these words right now while still in bed and having a hangover. But you know what, my darlings, I am realizing that I am less and less tolerant to some bullshit somebody else is trying to make me to believe. So I am going to give you my own bullshit so you have something to compare with. Which bullshit stinks more, you decide.

What upsets me the most is that the other bullshit is making me an angry duck. Yes, a duck who wants to nip you in your privates when that above mentioned bullshit is overflowing. Well since this is my blog, I feel like it is my duty to flush this bullshit with some “proper” English dipped in Russian vodka. Hmmm, now that I think, maybe the vodka is making me this angry? Who knows. When you have dipped your brain in it, some crazy diarrhea comes out on paper. Yes, I wrote this whole thing on a piece of paper, so bite me! Ugh, you see how angry I am and this is happening on the very first day of the New Year. What is going to happen on the tenth day, I wonder? I am a little afraid for you, my dear readers. Switching between alcohols might prove that I have become completely insane. And you know what? IDGAF. Scratch it, IDGA Duck. You already thinking that I am insane anyways so here are no surprises there but you might start believing that I completely went nuts after you read what I have to say about all this hacking business going around. My darlings, it is not a secret for you anymore that I like finding some things where they might not be. I cannot help myself, my brain, when it is swimming in alcohol does something to me and the next thing you know I find myself swimming in thousands of words about something that might prove my insanity and insanity of others like you, thank you…

Now, since I have warned you, let’s talk about all this Sony slash North Korea business.

When I heard for the first time about Sony being hacked by North Korean hackers because of some film, I was like, uh-oh, or rather my brain was like “uh-oh, hot dog.” If you know where this is from, five points for you. I don’t know why five points? It seems appropriate to give you that credit on this early morning.

So okay, “uh-oh, hot dog” happened and I found myself thinking what a brilliant idea to advertise a film which actually deals with North Korea. But then my brain got its own “uh-oh, hot dog” thing about some tax break loopholes, mind you, and I went… Wow, wow, wow, brain, stop it. This is a completely different topic, nobody is going to understand what the f*ck you are talking about… And it said, give me more vodka.

Okay, my darlings, I don’t remember what exactly I was doing when I heard this excruciating news about Sony’s privates being exposed by the good ol’ buddy North Korea. I also have absolutely no idea what is happening over there, behind that heavy curtain of Socialism and I am not going to pretend that I am not ignorant, but come on, you need a little bit more than that to convince me that North Korea suddenly saw a film which was only seen by a selective few behind closed doors and… and realized shit… yes, literally they realized that they are in a deep shit. This is how bad this film was. And it could happen that then the producers even wished that North Korea had something actually to do with the creation of this film, but… okay, brain, you need to return, you are not going to get vodka there. Liquor stores are still closed. You are out of luck. It is a New Year’s Day. Come back, my darling, and let me finish this whole… I don’t even know what to call it… thing I am writing now?

It seems my brain’s back. Talk to me, darling… My brain says, go f*ck yourself. Ups, you again, went to the wrong direction. Come back. (yeah, I know, this makes absolutely no sense)

My darlings, you see how I have to trick my brain back into thinking? Voila! The smell of “Farbreeze” I sprayed around the dirty dishes in my sink did the job.

So, where were we? Oh, that’s right, Sony realized that the film stank, ha ha! I knew that “Farbreeze” had something to do with it. The producers of The Interview were just about to lose a lot of money and… as we know, this cannot happen, because, you know, who wants to go bankrupt and start paying all these taxes as all of us do? Not Sony, no. So Sony needed a plan, a good ol’ promotional trick to trick every one (well maybe not every one) into thinking that the film is so great that even North Korea, all three people with computers there, saw it even before the boss of Sony did. Yes, I am being a complete ignorant duck saying that there are only three computers in North Korea. There might be five or maybe even six of them. Forgive my ignorance North Korea. What can I say, brain, it is still thinking that what it got was the real thing when I sprayed myself with the above mentioned “Farbreeze.”

My darlings, here comes the most exciting part in this hacky-backy story. Sony needed to have a meeting and have somebody like me who just recently watched an oldie but goody film The Producers in their camp. And Eureka! They did it. They found that somebody who brought to the table a book “How to Make Money While Making a Flop? – Producing Films for Dummies.”

Phh, to convince the media that Sony was hacked was a piece of cake. Remember this guy?

Alright, that’s easy. It becomes even easier when you have all these millions you set aside for the promotion of the film. So the little guy who came up with this brilliant idea to take a few pages (well maybe not so few) from The Producers and make the trick happen… and the “promotion”, brilliant as brilliant as the brains of writers who wrote the original script of The Producers, began. Sony needs to give you a cut Mr. Brooks.

So what happened next? Oh the media ate the news about North Korea’s hacking into Sony’s system. It ate it and asked for more or rather started baking “the news” themselves about a country almost nobody have visited. And what do we know; The Interview became the most talked film around the town. Listen, even I, who lives without a TV, heard about it, so machine was working and it was working oh so well. Of course there were needed some “sacrifices” made, but when you know that quite a few people are going to download the film for free anyways, you say f*ck it, let them have it. Let’s show how “generous” we are. Even after these terrible warnings the film came out to theaters and, what do you know, the threats suddenly stopped coming in. They magically disappeared till, of course, the next time another film needs some push.

Oh my darlings, I wish I knew what that next time is going to be. My brain is still high on “Farbreeze.” It could be that we will start talking about somebody’s ass again, but that’s already old news, right?

I am sure I left quite a few details here, but be my darlings, rent The Producers and have fun with it. Comedy is a powerful tool. It makes you laugh. Uh-oh, Hot Dog!

2 thoughts on “Nothing about Nipples, but I Got Your Attention: Sony Reads “The Producers,” Releases “The Interview””