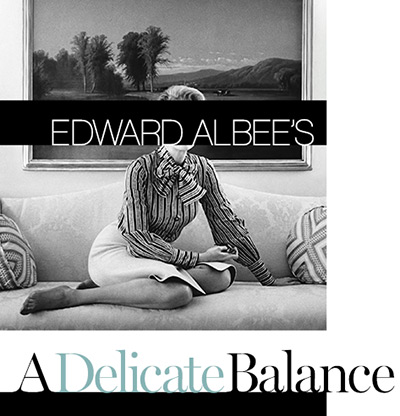 Last weekend I had quite an event. My friends took me to see a show on Broadway. Oh my goodness, I thought, I am going to see a Broadway show. Like a good boy (in my case a man, I am not trying to kid anyone anymore) I put my fancy pants and went.

Damn it, I knew I needed to have a drink beforehand…

I sensed that there was something wrong with the show as soon as it started. After twenty minutes into the “action,” for some reason, I wanted to storm onto the stage and scream at everyone, like, and what is wrong with all of you people here? But then I realized, I was surrounded by rich white people and the exit was way too far.

Well, darlings, even though I had only thirty five cents in my pocket, I remembered that I am white too, so I blended in. My whiteness saved me from being looked at, like, and what the f*ck are you doing here watching white people talk on a couch for three hours and… oh my gog… they were drinking too.

As soon as I saw by whom I was surrounded, I put my tailbone on my seat, sat on it and patiently watched the whole damn show. I just kept thinking, my friends spent their two day’s paycheck just to have me with them, so I better behave or the next time… well there would be no next time for my tailbone on any Broadway theater’s cushioned seat if I don’t behave.

Being a true (emphasis on “true”) theater artist I kept thinking, is this what you need to put on stage if you want to be on Broadway? I thought that you need to sleep with somebody there to get a part, or… or, wait, is this what you do to get a part in Hollywood? I always mix these two. The feeling that grabbed me by my balls was not the most pleasant. (Disclaimer: SirGay’s more detailed descriptions of events involving his balls, Broadway theater seats and what not were edited out, we decided not to dilute real problems with such descriptions) I just kept thinking, what is it I am watching now? Watching a show that had a bunch of rich white people drinking around a couch and having all these drunk conversations about their, so called, “problems” was kinda… I don’t know… I just don’t know. I kept looking at the audience and the huge chandelier on the stage which probably cost more than five or six shows to mount Off-Broadway, an amount which could pay full salaries to everyone involved with these Off-Broadway shows and still have some leftovers for some Off-Off-Broadway performance to make. The chandelier mesmerized me and then something else happened… (The description about SirGay’s salty sweat dripping down his crotch was edited out. Yes, it involved his balls.)

There is a reason why I want to avoid naming actors involved in the production. Yep, like a real Broadway show there were big names attached to this show. Why have they agreed to be in this production? I don’t know. I didn’t have time to ask them that. I was too busy with my own important busyness of being appalled. I just kept thinking, would the show have the same amount of people sitting in the audience if the show would have been made with less known actors? I asked my friends, if they would see the same show if not for these stars? My friends almost in unison said, no. I knew it. It was another conspiracy against me and my art. (Where do I put my smiley face?)

What bothered me in this show was the absence of enlightenment and inspiration. Pff, no. What bothered me was that the show was built by the rich, for the rich, with the rich actors. And it was, of course, about rich people’s “problems,” like, why can’t I sleep in my room while there are at least fifteen other rooms available in the house? God damn it, I’d take any of them, as long as I don’t pay the rent. Absurd? Ummm… I don’t think they (meaning rich) thought it was absurd. You might say, maybe that was the point of the show, to show how absurd it is to be rich and not to be able to sleep in your room. Ummm… that can’t be true, but then you see the audience of predominantly white and no doubt rich and then you go, and who the f*ck if not white and rich can afford to buy tickets to Broadway shows today? Damn it. How the heck was I excluded from this VIP club? (I think I want to hug my pillow and cry myself to sleep now.)

When you see the audience of old white people in a Broadway theater, that nobody can afford to rent, with the stars, who have as much money as these people in the audience, talk and talk and talk about nothing, you might start thinking that you were abducted and were made to sit and listen how “bad” these rich people have. How absolutely terrifying it is not to know where the coffee beans are in the house, because you’ve never made a cup of coffee yourself before. I kept thinking, maybe at some point actors were going to go into a song or into something more absurd and the set would suddenly change into… well, more exciting than this piece of rich people’s house full of expensive chandeliers and furniture. I kept thinking and why the f*ck am I watching these white rich people drink expensive drinks in their expensive house when I, ze Plastikoff himself, cannot afford the cheapest Port anymore, why? And then it donned on me, I was there to see how Broadway really works. If you are not in the club of these one percent people who own everything, don’t even think to dream to have anything on Broadway. But if that is the supposed dream, I want to wake up. This terrified me more than the last year’s ass contest started by Kim Kay, yes, that’s how you supposed to say, Kim Kay.

Somewhere by the end of act two I started feeling nauseous. I could not take it anymore. The status quo of a poor artist “surviving” in the city was so obvious to me that I… wait, what did I do? Oh, I went to see act three. I understood that my nausea was also provoked by my (description about the state of sweaty balls was edited out).

Suddenly I saw Mr. Albee sitting on his couch and getting drunk to the point of oblivion and saying (maybe to himself), oh you want a play about rich people for rich people? Okay, I am going to give you that. Let me write something while I am still drunk. The play would make no sense to most of poor (who needs them on Broadway anyway?), but would absolutely tickle rich people’s egos. You see, they would say, there is a show on Broadway about us. See how important our problems are. These other (meaning poor) people will never understand what it means to be this filthy rich when you literally can start drinking whenever you like and just keep drinking, because there is nothing else more dramatic to do. And why don’t they (meaning poor) understand how hard our lives are? Thankfully we know how to squeeze fresh orange juice for an early morning drink. Screw you all, I am having a screwdriver now…

I am afraid my dear darlings that after this review I might be banned from all Broadway theaters, because how do I dare to say anything bad about rich people’s entertainment and even more, about white rich people’s entertainment, which only they are entitled to enjoy. You know what, my darlings, there is nothing for me to lose. I am going to sacrifice myself for the humanity. See how selfless and heroic Serge Plastikoff is? You haven’t heard from him for such a long time and now he is ready to put his well white being on the chopping block for you. You might want to ask me, what was happening with you our dearest SirGay? Why weren’t you sharing your wisdom with us for such a long time? Darlings, I was on a break, on a break from all these things that matter to you. I went to Broadway to find that it is so broad, this so called Broadway, that there is no place for anybody who is not rich there.

I feel like I need to put some lemon juice on my balls and spray it with pepper spray now. But talking about spraying my (edited)… so tha-dha for tonight. There is nothing else I want to tell you today.