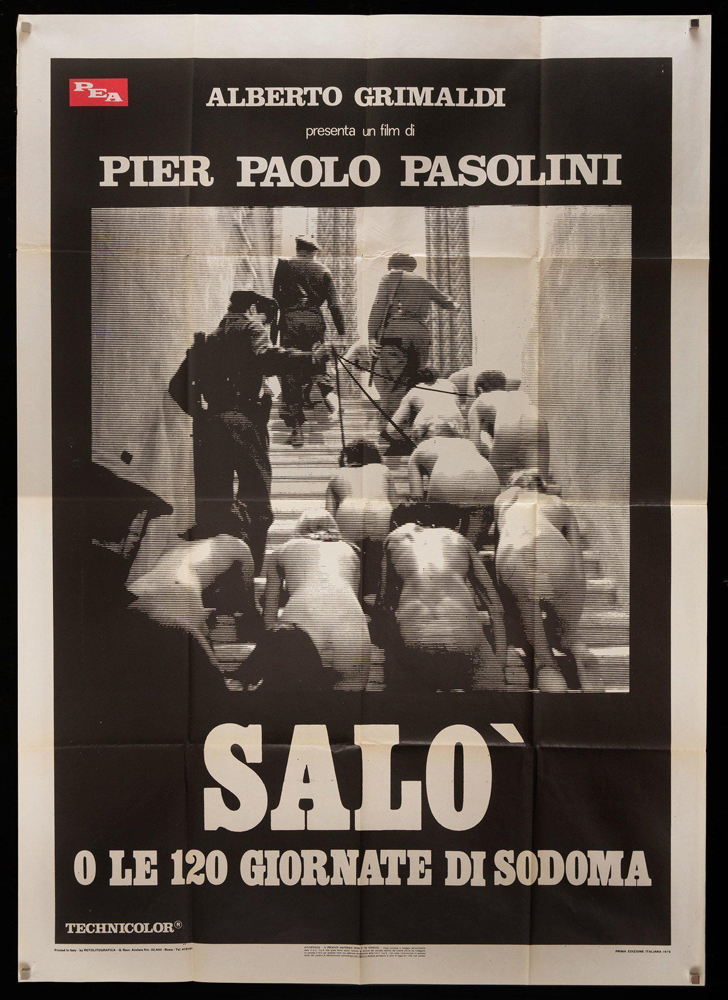 Oh my dear darlings, the fallen leaves of last year left on the ground to rot. I know you missed me, as much as I missed the stench of clogged sewer holes of New York City. I would be still quietly enjoying this gooey muck the mad, mad world is spreading around like some kind of cow shit on the fields of freedom if not for somebody finding the picture of my innocent toes (gasp!) worth of removal from the Internets. Boy, oh boy, they are going to be not sorry they stepped on my two crusty chicken fingers. They woke me up like that bear I ate last winter (long story).

You see, all would be cool and dandy and I will be still posting bare asses of celebrities on social media, but the removal of one of my personal photos from the Facethingy I love to stick around and watch how the facts disappear and opinionated flat earthers become the messiahs giving the free ranged “thoughts and prayers” was a bit too much. My two titsy-bitsy toes caught somebody’s attention. It was utterly appalling. The unimaginable happened. I looked at my toes as I have never looked at them before. Oh you naughty little things. How dare you prostitute yourself around like that. I put my feet into the crocs, two and a half sizes too small, and… damn, I needed to calm myself down, so I went to my vault of the most calming movies ever made and re-watched the delightful film of them all Salo, or the 120 Days of Sodom, because, you know, that’s how I protest censorship.

Oh my dear darlings, if you just knew how this film calms me down. When the times are unsure there is nothing more enjoyable as watching some prune faced fucks (pardon for my French) torture kids. It is almost like watching a reality show shot somewhere at the Mexican border. I mean, there is a reason why raping, killing and abducting kids for prostitution and organ harvesting is so in vogue today. Just look at this film Pasolini created in 1975. He got killed before the premier of the film though, so there is no way for us to find about all these fashionable traits we are experiencing today, but the evidence he left behind in the film might reveal to us the mystery of it all.

Salo, o le 120 giornate di Sodoma (Salo, or the 120 Days of Sodom). Dir. Pier Paolo Pasolini. Subject and Script: Pier Paolo Pasolini and Sergio Citti. Criterion, 1975, (that’s right, my darlings, you will need to read the subtitles, but you might be distracted by some titties, a random ass fuck or your upset stomach, so the subtitles might become the last thing you will worry about.)

In the Antiferno four men sign a paper where they decide to get married to each other’s daughters. (Oh, just look at that, the incest right from the top of the film, but there is more, no outsiders allowed to join the most exclusive club of them all!) The Duke, The Bishop, The Magistrate and The President are the rich and the powerful who will decide who will live and who will be punished during their “reign” in Salo “republic” they create. They have four libertine women to help them to achieve what their sick minds are imagining. They recruit four well endowed men as their guards (and occasional fucks) and go to the country side for…

Nine girls and nine boys are chosen during the Antiferno part. There are naked titties and penises flopping around. These “creators of jobs” are inspecting each girl and each boy. They are not interested in spending on no insurance, no. Perfect health and dental hygiene is checked on each of the teenagers who stand as some kind of cattle for sale. They are looked at, touched and otherwise humiliated by the four. It seems like there is no dental plan to be splurged on, so one of the girls is out of the picture, after it is discovered, she is missing a tooth. After the inspection is done, the boys and girls are collected into a truck and transported to their future job site. If I would not know when this film was set, I would have thought these boys and girls were taken to one of those places which name sounds like that forest in Brazil. Oh, there is one boy who jumps out of the moving car, but he finishes with a bullet in his scull. Poor lad, he thought he could escape the system.

In the Circle of Madness we see the chatto (fancy French name for the “castle”) where the victims will be living for the rest of the film (the rest of their lives). They are introduced to the rules. The four read them, as would a priest read the commandments in the church. They sounds pretty much like these agreements you must sign. If you don’t follow them, you will be punished. The first punishment drops in almost immediately. A girl who prays for God suffocates in front of His image. Poor girl, it seems like she didn’t read to the end of what she was signing for. She looked at something inappropriate on her wall. The Facething chocked her to death, thus banned her for life. (Oh my goodness!)

The first madam is introduced with her mad stories of sexual perversion. The behavior of the four is out of the proportions. Though, can you believe it, but this circle is not as bad as the circles which will follow it. In this circle an occasional rape with occasional nails in your soup or an occasional bullet in somebody’s skull are like this breakfast coffee with a croissant you might enjoy, though no coffee and no croissant is going to be served because…

In the Circle of Shit there is nothing more important than a piece of shit. It is served on a silver platter during the shit eating fiesta. The second madam tells her sexy scat stories. Nobody can poop before the party, because, hellooo, no turd can be wasted. It is the main dish on the dinner table, mind you. Of course, one of the girls could not hold it anymore. So she left a little tootsie roll in a poo-pee pot and oh my, my, she ended up with the rest of the punished girls and boys in a tub of browny delight, literally bathing in it, while the others enjoyed the shitfest with an occasional ass fuck as if that’s how you throw a party, all perfectly normal, don’t you think?

The Circle of Blood is not for the weak. The last madam is there with her blood and gore stories of pleasure. After she finishes her last tale about bloody this and bloody that, the four prepare themselves for the big bloodshed where all the punished girls and boys will be tortured and later killed. During this part the piano player silently commits suicide by jumping out the window (ups!) Two boys, after being fondled by the Duke or the Bishop, I can’t tell it now, dance a slow dance while he watches through the binoculars how a tongue, an eye, and scalp are cut by the other three on the square outside of his window, which reminds of a pigsty with the kids running around naked in the mud. All of it is performed in silence and in the distance.

The film has all the things that show how lovable the human nature is. Who could deny torturing kids while some “proper” ladies in their most expensive ballgowns tell us how they were taken advantage of by one or several “proper” gentlemen and how much they liked it. I mean, they tell first world country’s problems, but still. Oh, Pasolini, how dared you show the high society in such a light. You should had known not to step on anybody’s toes (aha, the toes!)

Not sure how far you can go watching this film? My darlings, good news, we are living in it today. Isn’t fabulous? What are these mass shootings or occasional wars we don’t even know why we fight anymore in comparison to all this fun we see in this film. There are always thoughts and prayers to be sent somewhere. It’s not like we have to go to a post office and buy a stamp or something. It’s all free and we can do that while siting on the toilet. Click click and we are done. You might feel a bit queasy after learning about some random immigrant dying somewhere at the imaginary border, very reality TV I would say, but to feel like somebody just stuck a metal rod into your brain, scalped you off and popped your eyes out of the sockets with the kitchen knife is what we are aiming for, don’t we? Besides there are always opioids to be prescribed by doctor this or doctor that, you know. These lovely rich, hard working people, will prance on your bleeding guts after they skin you and leave you to bake in the scorching sun after paying you the “minimum wage” because, well, that shit they were serving you on the silver platter was full of nails, so be happy the price for the nails was not deducted from your paycheck. My darlings, no crocs will stop you from leaping out of the window the way this piano player lady did by the end of the film, because, well, you just have no insurance to pay for all this wonderful madness. But, I mean, how dared she leave you without her piano music.

My dear darlings, after emptying my bowels quite a few times (that might actually do good for my figure!) I realized that maybe these pruned faced people who pretend to be so proper, shitting on the golden toilets, really are preparing us for a similar party. Aw, how very considered of them, don’t you think? Isn’t delightful how all is decided for us? There is no need to be a hero the way this boy at the beginning of the film was. Do you really want to escape this madness you are forced to encounter? You might finish with a bullet in your scull, if you try something stupid, like protest or some shit like that. Oh, you would be such a waste. There is so much potential in you, so much young skin to be skinned, so much torture to be experienced. The big pharma would really miss you. Many might say, you are lucky if you end up with the bullet and I say phf, they don’t know what they are talking about.

This film will be hard to swallow. If these kids can eat the actual shit while being raped and tortured by these very few who have the power, you will be just dandy. Pasolini ended up with his member out in the mud with an open fly and his scull mushed in as if it was a deflated ball. His body was ran over by a car a couple of times, because, well, with this film he stepped on those two toes he was not supposed to step on.

Is this a film you have to watch? Absolutely! Should you watch it with your date? Sure! Especially if you are trying to ditch that date and be written off in their phone book as a pervert. I tell you, every time I am around this film, I put it on. See, it saves me breakfast. (Smiley face)

Oh, and here is that picture of my two sexy fish sticks! Go ahead, get your rocks off, I don’t mind, neither do they. Tah-dah!