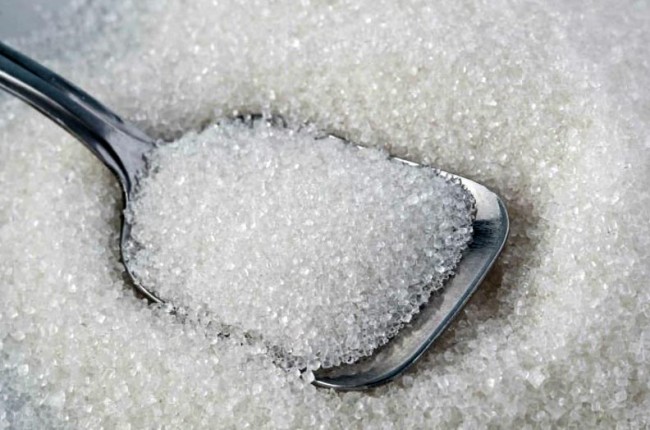 We all need some sugar in our lives, but sometimes we have no money to buy at least a few spoons of it. This entry is about times when we find ourselves in a dark place.

I have no fucking idea how to write about this topic and my temperamental “t” is still stuck on my keyboard as if saying: “I got your “t” so where is your sugar?” Ha ha, it would be funny if it would be funny, but…

I am here to tell you a story. I was debating if I should write about my dark times, but Plastikoff would not be Plastikoff if he would not use the drama in his life for a good cause.

Yes, my darlings, yours truly Plastikoff was quite in a ditch last week. The feeling of uncertainty lasted way too long. I got fed up with all this bitterness. I needed some sugar in my life.

I am not really sure what was the main reason why I was feeling the way I was feeling. It could be that my extensive drinking had something to do with it, or it could be that I made some stupid mistakes while being under the influence and was not thinking about the consequences I would face the next day (who wants to think about consequences when they are having fun anyway, who?). But it happened so that I found myself not only financially but also emotionally broke.

This is not an entry for people who are looking for somebody to tell them how to behave or what to do when depression strikes, no, and believe me, I am the last one who calls depression “depression,” but it happened so that the darling one hit me in my balls, or at least I thought that these were my balls (smiley face). Suddenly everything went dark, or maybe that was the bulb of my table lamp that got busted, I don’t know, I can’t tell it now. It’s eight o’clock in the morning when I write these words. I am drinking coffee. Ha, that’s right, yours truly is not drinking Port at this hour, but is enjoying the bitter taste of black beverage which makes my fingers type as fast as I can and my ass run to the bathroom every five minutes. And where is all this water coming from? But back to the topic.

Darlings, to speak about depression is quite depressing (I can’t find a better word for it) so I am just going to tell you what made my dim table lamp turn into a bright winter’s sun in a flick.

That’s right, my darlings, I might have accepted for myself that being involved with anything arts is a waste of time and that I might never get anywhere close to be rich to afford to buy a house with a garden, I might. Well, that’s what some people might want me to think and I think that got me last week. Yes, I might be a walking cliché, a starvin’ Marvin O’Farts, but there is always a reason why I am here and why some things happen to us.

I want to make sure you understand that I might be joking about things like depression or suicide, but those things are not funny. The way I deal with topics like that is my way of communicating my feelings to myself. I don’t think that there are many of you who want to read about people I knew who ended their lives before their time? I don’t think there are, because… well there is no “because.” It is what it is, but there is always something that each of us need to figure out for ourselves to be able to continue with living.

I realize that this entry is not as funny as I wanted it to sound, well, hello, the subject, what do I expect?

Last week I found myself not to be able to afford living. I am pretty sure you had one of those days too. I would think that being without money should not scare me much since I grew up during the biggest economical depression in post Soviet times. We had to learn how to survive on a few pounds of sugar per month which you could only buy if you had a special piece of whatever paper indicating that you are a human. You’d say, well this is not a big deal, who needs pounds of sugar per month for their tea anyway?

Having enough sugar is a big deal when you have a garden bursting out with all this harvest as we had in my family. Yeah, it was quiet depressing to hear my mom say that we cannot afford to make preserves from our garden full of fruits and berries, because there is not enough sugar for that.

Thankfully that time has passed. We knew what starvation was. We read books about the Leningrad (Saint Petersburg now) blockade during the WWII. A little deficiency of sugar didn’t let us down, but tough us how to deal with situations like that.

Last week my phone got disconnected because I had no money to pay for services. I was behind my rent and with two carrots in my fridge. I found myself completely shut from the external world. I was not even sure if I had enough money on my Metro card to go to a possible work which I could miss because of my phone. I had twenty one dollars in my wallet and four dollars and forty nine cents in my bank account. They were not enough to cover my forty dollars phone bill.

First of all I was not able to get those four dollars and whatever cents from my bank account because it had to be a least twenty dollars available to do the transaction. My fear got my heart going and my balls dropped and got trapped somewhere in between my knees and a hole in my long johns. It seemed that there was no way for me to do anything about the situation. Even though everything looked dark on a bright winter’s day I knew that there should be a way to get out of this situation (maybe I just needed to buy a new bulb for my table lamp, maybe?).

After a long discussion with myself I decided that I needed to pass by the place where I pay for my phone. I went inside thinking maybe I could somehow ask them for a credit of some sorts, I don’t know, something. I looked at the table inside of the store and saw an offer which made all the difference in the world. The offer said that I could get my phone back for twenty five dollars. Boom, I received a message from whoever is manipulating our lives that everything is going to be okay, but, there was one “but,” I was still missing those four dollars that were frozen in my bank account. I needed to get somehow those four dollars out of my bank before they charge ten dollars for holding those four dollars for me.

This is what happened next: I went to the bank, deposited sixteen dollars and took a twenty out. Boom, I had a nice twenty five dollars in my wallet and forty nine cents in my bank. My mood jumped and I was back.

So my dear darlings I wanted to share this with you, because we all need to figure out for yourselves how to get those four dollars from our accounts, be it for a bus ticket or some sugar to bake some cookies. The challenge is always there and it always has a purpose. Share your four dollar stories here. I want to hear how you got back from your dark place and how you have managed to retrieve those four dollars for your future.